Articles on: Stage Reference Documentation
This article is also available in:

Publishing the tour creates an end user experience that can be viewed on the Web, on mobile devices and in VR. First content is collated, consolidated and optimized in a single location. Then an URL is generated so that it can be shared.Published tours are accessible by anyone who has the URL and does not require a Metareal account. Tours can be published to multiple platform, but only the Web platform is supported in Alpha 6. Once tours are published, their content at the time of publish is snapshot, and future editing do not affect them, enabling multiple published versions of the same tour.Published tours are managed in the Published Versions section of the project dashboard.

Each entry in the list of published versions displays the following information: the date of publishing, the target platform, the title of the tour, the status, the URL and tools.The status icon indicates the following:Green - Published and available for viewingRed - Published but offline (hidden)Spinning Wheel - Processing

The publish form will appear. 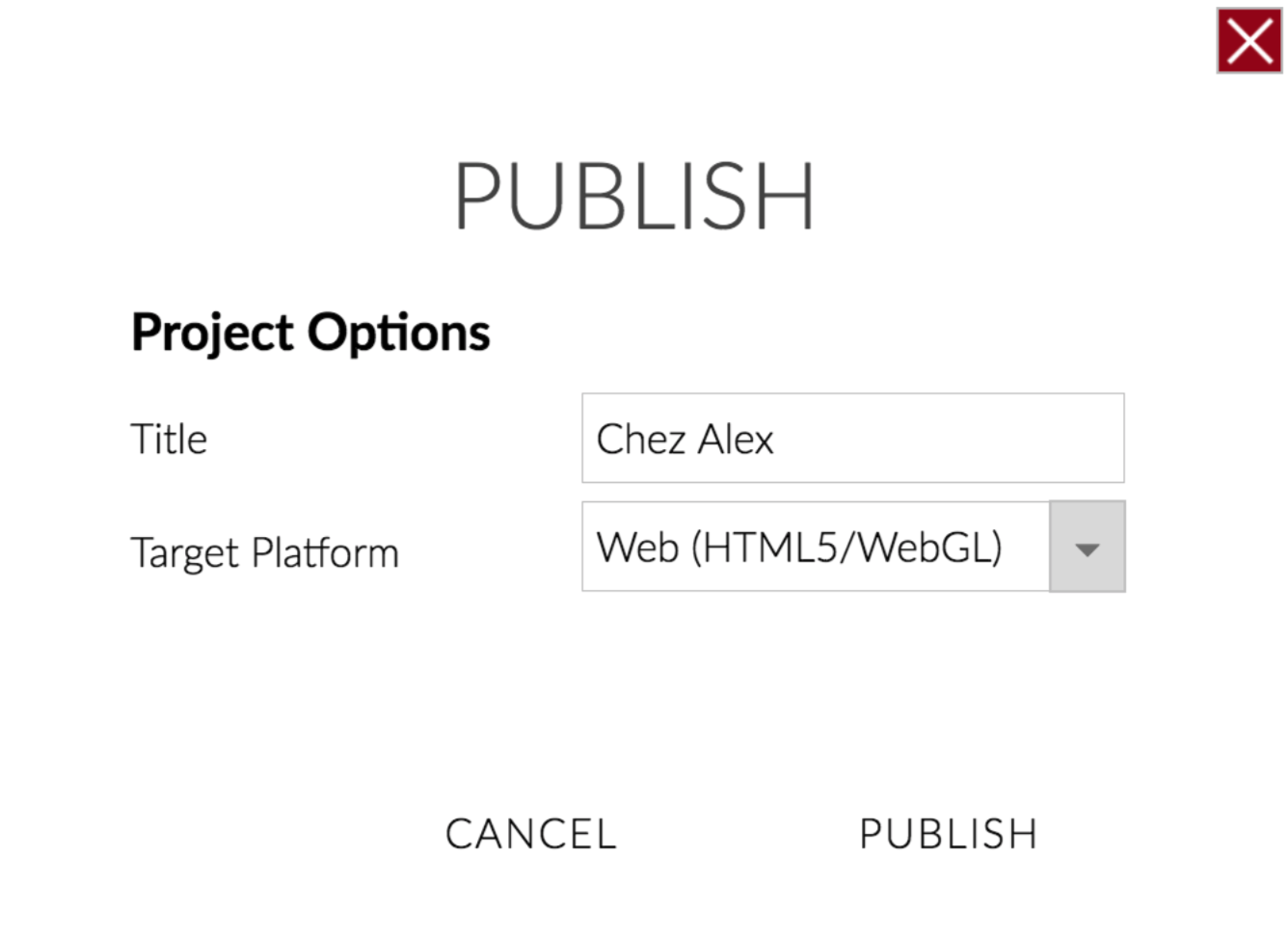 Fill in the appropriate fields. Note that at this point (Alpha 6), only the Web target platform is supported. When you are ready to publish hit PUBLISH. Otherwise, hit CANCEL or the close button at the top right of the form to go back to the project dashboard.Warning: Publish optimizes content required by the published tour. A spinning wheel will appear as this is a process that can take a while. Do not close the tab until you are back in the project dashboard, otherwise, the publish process will abort.

button. Its status icon will turn to a red circle.

To put it back online, hover over its entry in the published version and hit the

button. This will put its status back to the green circle, as well as reenabling its URL.

button. This will republish the tour but keep its URL.

Warning: deleting a published version is permanent and not undoable.

Was this article helpful?